Showing posts from March, 2020
Show all

March 26, 2020
I think we all need a little joy to help us get through these times. May Keanu bring us that joy through some of his very own Coronavirus tips. Enjoy - and take heed! 1. Do NOT Sneeze into your hands. Come on. Lift that elbow. Wash them hands. Don't touch your face. Thanks for showing us what not to do, Keanu! via GIPHY 2. Do NOT Travel. Not through time. Not through space. Certainly not in an elevator. There's no way you can keep your necessary 6 foot distance from there. Also - it's just gross! via GIPHY 3. Do NOT open the door when someone knocks. Don't let them inside. Don't engage in any physical activity with them. Just talk to them through the door. Call someone to help them if they need it. Trust me - it's not worth it. via GIPHY 4. Do NOT take the bus. It's got a biological bomb on it. Just stay put maybe! Or find another way to get around. via GIPHY 5. Do NOT fraternize with the risk takers. You might not think wha
1 comment
Read more

Our Kingdom of Isolation 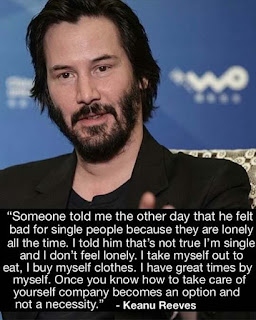 My apologies that I am behind on my posts, to the few of you reading them right now. You'd think I'd have more time given the current state of affairs with all things COVID-19. Unfortunately upon getting sick, and then being advised to isolate ourselves for two weeks, suddenly life just became about getting used to the new normal. Newsflash - we're still not used to it. Now - I know that I've already mentioned what Keanu has said about loneliness, but I'm going to dig in on it again here. "Once you know how to take care of yourself company becomes an option and not a necessity." Yes - I'm aware in this context he's talking about being single, and going out and a bunch of things that don't currently apply to our pandemic right now. I still think they are words worth reading over and over again.  I'm not even kind of alone right now. If anything there are maybe too many of us in this condo at the moment. Even so, I think what Kea
1 comment
Read more

The Regret and Relief of No 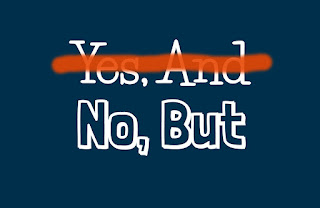 Learning how to say No has been a struggle for me over my lifetime. Ever since I was bit by the improv bug as a teenager, I've generally been a 'Yes, And' kind of gal, enjoying every opportunity thrown my way. Now, I need to be clear. Nothing monumental crossed my plate recently. Every day seems pretty similar to the last few, but it's amazing how even a very simple choice of a "No" in my seemingly monotonous mediocre life has struck me in a way I never anticipated. Last week I had the opportunity and drive to do something I've been longing to try for a while. Oddly enough that thing was actually something I had hoped to blog about, but alas - here we are. There was an open window, other parties were involved,  I had even set out a goal to do it. But when the time came to get it done,  I made a choice and said 'Not now.' And it was hard. A part of me kept thinking 'What if that was your only chance?' But then I remembered that it's ne
Post a Comment
Read more

Not so sad Keanu! 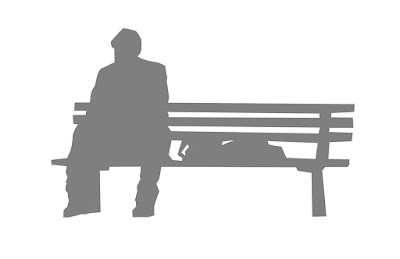 Remember the Sad Keanu meme from ten years ago? Yes - that was ten years ago already. Keanu was hanging out by himself on a bench eating a sandwich when a papparazo snapped a super glamorous shot of the moment. Well of course he didn't look super happy. The guy is sitting there minding his own business eating a sandwich. Who the heck looks awesome doing that? I cannot even begin to describe how many times this past week I would have looked the exact same way had a stranger just up and snapped my picture. Correction - I would have looked much much worse! Keanu has since used the word 'contemplative' to describe his state during this photo session. I cannot say the same thing for myself this past week. I remember one distinct moment this week when I was exhausted having had very little sleep the previous night, and barely mustering the energy to sit up straight after having battled with my preschooler and infant countless times that morning. I had at least won the batt
Post a Comment
Read more
More posts